What 'Religious Terrorism' Means & When It Applies 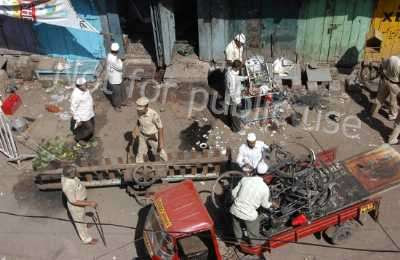 Local residents and police officers clear debris at a blast site in Malegaon, 29 September 2008 Photo courtesy: REUTERS M uch as the journalists may detest the forum for having encroached upon their exclusive right to comment on society, Orkut is where I have been getting instant gratification as a commentator the moment anything worth commenting upon happens anywhere in the world, since the days when I was banished from writing by my former employer, The Pioneer . I was not complaining as the forum called "Indian Politics" in which I wrote boasted of a membership strength of more than 21,000 back then whereas my employer's newspaper had a circulation of less than one-fourth the number. Also, I had to word my expressions far more carefully online as it had an overwhelming presence of good leftist writers who would otherwise protest instantly, unlike in a newspaper where I could happily ignore a couple of disagreeable responses to my article in the form of letters to the
4 comments
Read more

How Old Is India?

When archaeology, archaeogenetics, anthropology and palaeontology are introduced to the discourse, we hardly find an era where there was no such thing as an Indian society The recent reports that say Varanasi in particular and India as a land in general are at least 8,000 years old have led to some consternation in the community of historians. While the Marxists among them are deliberately looking the other way, as though no such revelation has taken place, even those who are anti-left find the Times of India stories “sensational” [details in Swarajya ’s July issue in print]. Historians, geologists, archaeologists, evolutionary anthropologists and palaeontologists follow different paths to establish the past of a place under study. Ideally, the historian must emerge at the end of the process when the others have reached their respective conclusions. But most in the profession narrate the past as told by their predecessors through published books. For a scientist, on th
Post a Comment
Read more 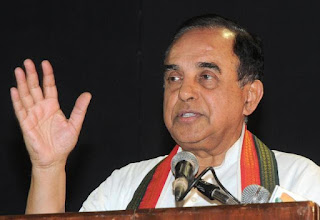 Here's why Modi transferred, demoted, promoted and left untouched some of his ministers and MPs of BJP Continued from Part 1 Subramanian Swamy A transfer that would have been just short of a revolution was Arun Jaitley’s from the Finance Ministry. Accept it, no BJP supporter likes him. While the Subramanian Swamy camp makes no bones about their disapproval of Jaitley, supporters who are more loyal to Modi stay silent on his performance, camouflaging their disaffection for Jaitley with invectives showered upon Swamy like “he is a maverick”; “he was once with Jayalalithaa and then he went after her”; “he wrote an article against the RSS once upon a time”; “he was behind the Vajpayee government’s fall in 1999”, etc [Click on this link for Swamy’s rebuttals ]. Modi knows better than any of us what Swamy is. If it is not the 75 years age limit that went against Swamy, it is also a good idea to keep a rabble rouser out of ministries. This is not to say Swamy has no utilit
Post a Comment
Read more 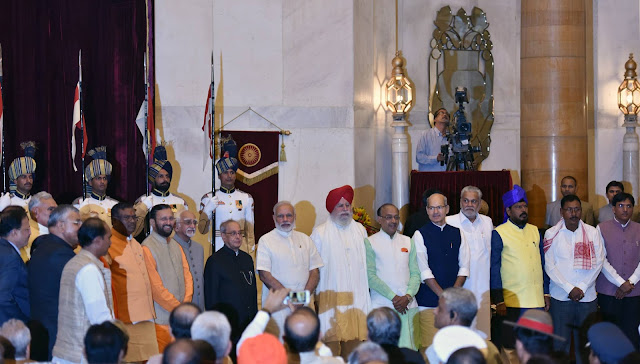 Speculations are rife whenever journalists try to read the Prime Minister’s mind. In the last three days, as always, Modi drove them to their wit’s end just as he had the day before inducting his first council of ministers two years ago P rime Minister Narendra Modi seemed to have some fun, virtually challenging the media to read his mind for 48 hours. On 4 July, even as journalists had been speculating on the shape of the then impending Cabinet reshuffle, he told the Press that it would be an expansion drive, not a reshuffle. Hiding its disappointment, television channels ran tickers on the screen, relaying the announcement, and newspapers the next morning reported that the Cabinet would merely see some new appointments while no NDA MP was gaining or losing a job. With the swearing-in ceremony for the new appointees on 5 July, Modi appeared to keep his word initially. But as is a political commentator’s wont, tongues would wag with whatever information available. So, until the s
Post a Comment
Read more
More posts

The news and views portal I founded

Surajit Dasgupta treats no individual, organisation or institution as a holy cow.